Inmates Need Social Media. Take It From a Former Prisoner 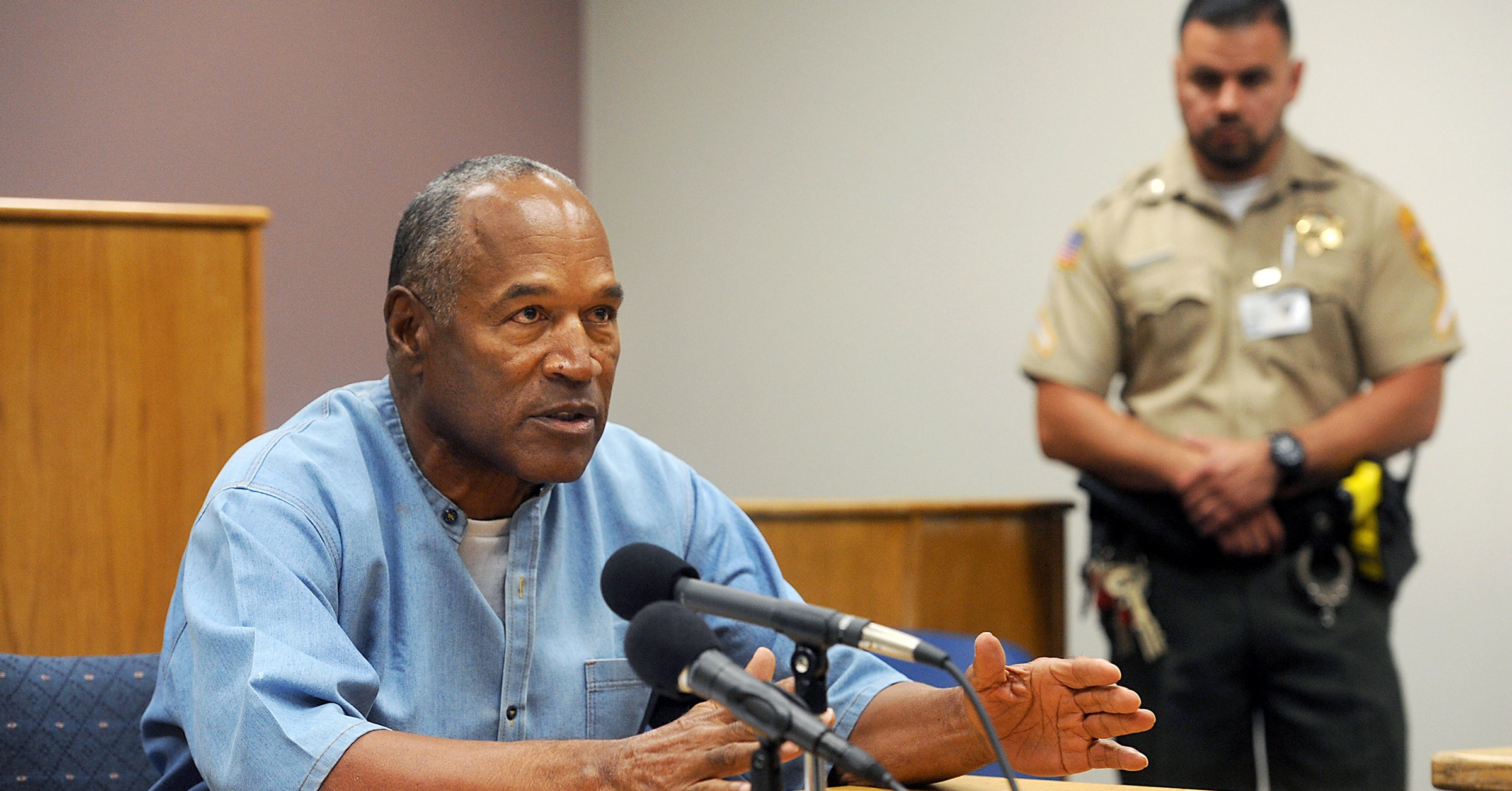 The country’s most famous inmate is free. O.J. Simpson’s release highlights the challenges of leaving prison, saddled with multiple felony convictions. I would know. It’s hard to re-enter society, but it might be easier for those returning citizens, like Simpson, whose NFL pension and luxury homes, along with the prospect of the new iPhone, await him, compared with the likely transition for those who will return to poverty.

Like Simpson, when I came home from prison in 2014, after serving more than six years for identity-theft-related crimes, I had resources: money, my family’s support, a driver’s license that my parents had renewed in my absence. I had a safe, warm, and free place to stay as long as I needed to.

Where I floundered — and where Simpson may struggle, too — was technology. The years 2008 to 2014 might have been the worst time to live outside of society from a technological perspective. During that time the smartphone became ubiquitous. Twitter, Instagram, and Facebook all reached critical mass. I hadn’t used Facebook before I was incarcerated but I learned about the platform by reading Facebook for Dummies, which is like learning to swim on dry land.

Dealing with the device was hard enough — I tapped when I should have swiped, swiped when I should have stopped — but not knowing the hierarchy of platforms and chat/messaging abbreviations branded me an outsider more brightly than felony convictions. I was so lost I couldn’t find my app with both hands. FML. That’s the one to use, right?

Even with all the advantages I had compared with other former prisoners, I would have been far better prepared for society if I had been primed for social media use prior to coming home.

While the United States remains focused on the front end of criminal cases with attorney general Jeff Sessions announcing plans to lock up more people for longer, the real potential in justice reform is the ability to reduce recidivism. After all, 95 percent of the 2.2 million people incarcerated in this country will be released one day. Hundreds of thousands of prisoners are released each year, according to the Bureau of Justice Statistics, but they are replaced, either by newly convicted people or themselves, at a quick pace. The costs of our mass incarceration, all told, exceed $ 1 trillion per year, according to a study released last year by Washington University in St. Louis.

Education, visits, and phone contact all correlate with more successful rehabilitation. An oft-cited 2014 study from RAND found that recidivism drops 43 percent when prison students participate in education programs.  A report from the Minnesota Department of Corrections found that just prisoners who received regular visitors reoffended 13 percent less than people who did not; a visit from a mentor reduced recidivism rates by 29 percent.

Considered together, these facts show that what really works in reducing repeat offenses — and preventing crime — is giving inmates contact with non-incarcerated people to help them not succumb to prison subculture. Teachers, family and friends, and even volunteers puncture what seals prisoners off from the rest of humanity. If prisoners could use social media, it would allow them a virtual reentry into society so they could test the waters, instead of being dropped into them like I was.

The traditional objection to allowing inmates to use the internet and social media — that prisoners inside will use it to get information about their victims and hector them from behind bars — are weak. From what I saw, anyone with total disregard for the rights of others had already long forgotten about any victims.  Besides, there’s no reason why someone can’t look up a victim’s information upon release. The challenge is to make sure prisoners have no desire to do so because they have other, safe, prosocial connections they can rely on. Those usually get cut off during incarceration. Connecting with one’s past and future life at once, and reconciling them into one plan of law-abiding conduct is what keeps people clean, at least that’s what I’ve seen in three years of freedom.

When I was inside, I came to understand why wardens think these types of connections are a bad bet. The house always wins when it pits itself against one prisoner, but that’s not always the case when the prisoners collaborate. Earlier this year, a sergeant died in a Delaware prison riot that was highly choreographed. The way prison staff sees it, networks can be fatal, which is why the idea of the internet and social media is so frightening to them.

Prison brass fears social media’s presence so much that they actively work to prevent access. Georgia, Indiana, New Mexico, South Carolina, and Texas all have rules preventing incarcerated people from accessing social platforms, even through third parties. In Alabama, it’s a crime punishable by fine to help an incarcerated person connect to social media platforms.

The apprehension is understandable, given that social media can be accessed from smartphones, and cell phones have been a growing problem in prisons. The state of California alone confiscated 8,000 of them in eight months last year. Of course, the use of cell phones isn’t always nefarious. Often they’re used to bypass the price of prisons’ pay phones, costs for which have been as high as $ 14 per minute.

The problem with smuggled cell phones’ bypassing the monitored telephone systems (whose prices are poised to increase since President Donald Trump named a new FCC commissioner) and accessing social media is that it embarrasses prison administrations and makes them look as though they don’t have control of their wards. One Tennessee facility’s inmates were using drugs, smoking, and burning clothes at gatherings the staff didn’t know about — until they saw it on Facebook. Another man’s beating reached his aunt on social media before his custodians even knew about it. She knocked on the prison door to tell them.

Allowing incarcerated people to connect with those outside prison, for free and in ways that can be monitored, may likely reduce recidivism and clean up the cell phone contraband problem as well.

Tablets are a cost-effective way to do this, and they’d allow prisoners who’ve been in since the pre-social media days to get a feel for handling devices. When the Pima County, Arizona, jail introduced a program that allowed inmates to use tablets last June, suicide attempts decreased 66 percent and completed suicides went down 100 percent. The number of staff assaults dropped 60 percent and inmate-on-inmate assaults are down 40 percent.

There’s always a risk that new options for communication and connection will be abused, but as the Pima County program proved, there are ways to curate and control the content that users receive. Meanwhile, in Colorado, inmates can use GTL tablets to communicate with loved ones — for a price that the loved ones pay. When it comes to taking advantage of the system, inmates are much lower risk than a profit-motivated company that seeks to get rich off policies designed to improve rehabilitation and public safety.

Prisons should allow inmates to have controlled access to — and lessons on — social media, not just because becoming tech-savvy makes them more competitive in a job search, but because these social interactions would be controlled.

Critics of social media complain that it’s made people less personable. That might be true. However, prisoners might be one group could actually become more socially adept by trying real-life social interaction, under supervision, given that researchers have suggested an inmate’s social skills tend to worsen during incarceration.

Tough-on-crime policymakers will resist this idea, but the internet is encroaching on corrections anyway; prisons won’t remain neo-Luddite voids forever. Last year, the United Nations Human Rights Council passed a non-binding resolution that internet access is a human right. In June, the US Supreme Court held that access to social media may be a constitutional right. It’s a matter of time before we learn how these decisions will shift corrections policy.

But how to bring prisons online is secondary to the point of whether prisoners should connect with other people, in controlled ways. So far, evidence indicates that allowing and teaching controlled social media use — and therefore social skills — behind bars is a better idea than banning it. If this country is ever to allow people more freedom and reduce crime at the same time, it must recognize prisoners as members of the human network. One way to do that is allow inmates to join the non-exclusive club of social media users.

O.J. Simpson had no identifiable social media accounts when he went to prison; it looks as if he’s going to have to start them now, for the first time, the same way I did. No matter what platform Simpson (or any returning citizen) chooses, he won’t start out running. He’ll have to crawl and walk like I did, which is a shame, since helping people behind bars gain their online footing benefits everyone.

This entry was posted in Cloud Computing and tagged Former, From, Inmates, media, Need, Prisoner, social, Take. Bookmark the permalink.